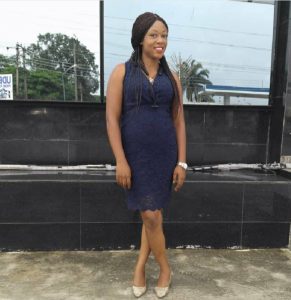 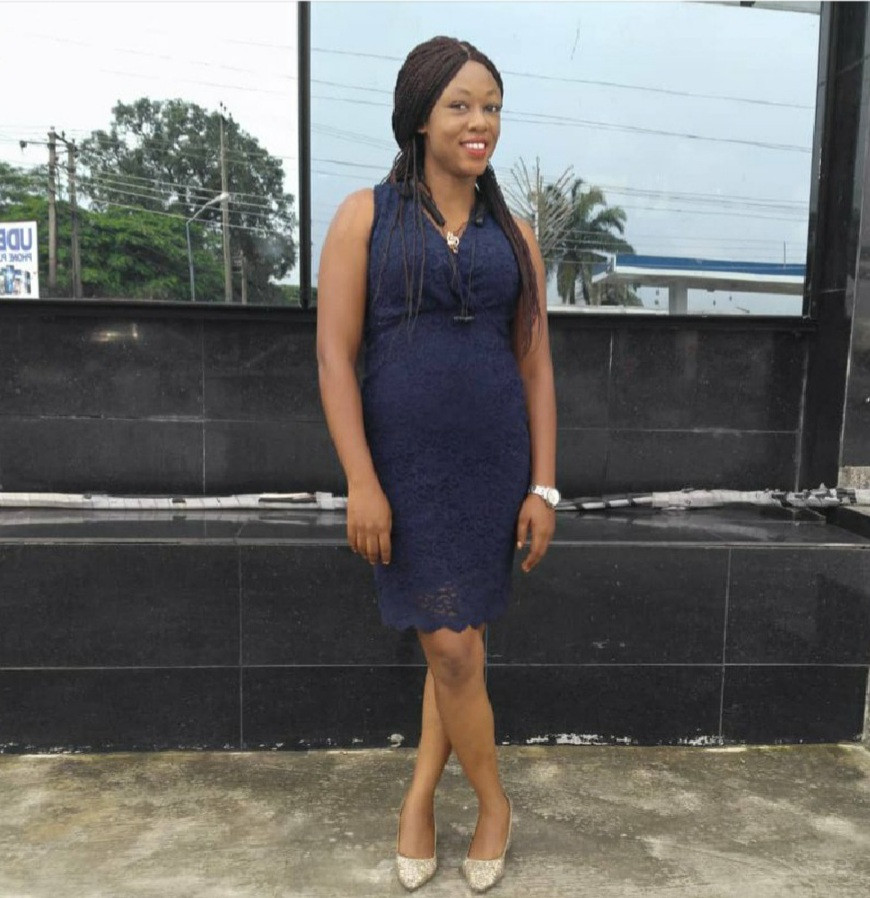 A man has taken to Twitter to narrate how his fiancée, Precious Patrick Ibor who was travelling from Calabar to Ibadan, were kidnapped by “criminal herders” alongside other female passengers.

He explained that he had spoken with her at 7:37pm on March 9, 2021, and she informed him that she was already at Ijebu Ode, heading to Ibadan.

When he didn’t hear from her 3 hours later and her number wasn’t connecting, he visited the terminal of the transport company she travelled with and was informed that 3 buses, including the one his fiancée was in, were attacked by bandits.

He added that the incident has been reported to the nearest police station and the Oyo state anti-kidnapping squad.

The abductors reached out to the transport company one day after to demand 10 million Naira, the man said.

See his tweets below. 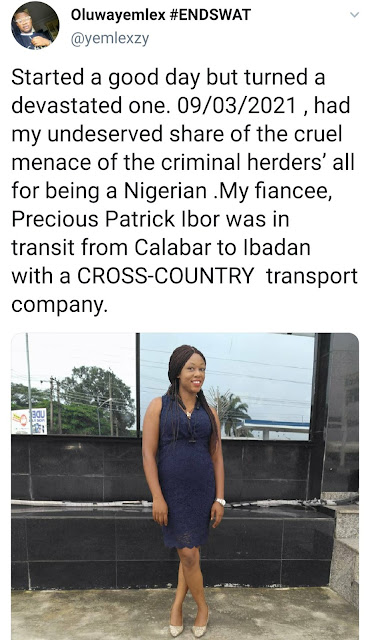 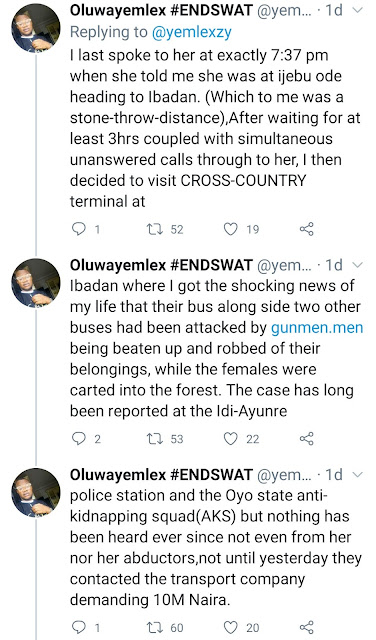