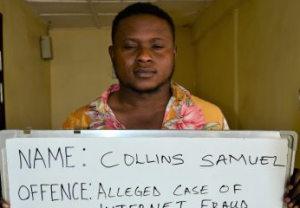 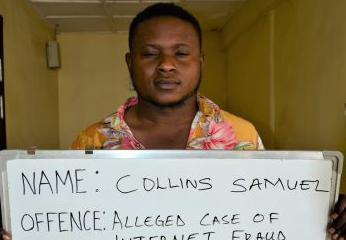 Justice P. Mallong of the Kaduna Federal High Court has ordered the remand of one Collins Samuel in a custodial centre for allegedly defrauding the United States of America of the sum of $8,000.

Samuel, under the guise of being an American citizen, reportedly received the $8,000 offered to citizens of Virginia State under its Pandemic Unemployment Assistance.

He was arraigned by the Economic and Financial Crimes Commission on one count bordering on impersonation and obtaining by false pretences.

He pleaded not guilty to the charges.

The Head of Media and Publicity of the anti-graft agency, Wilson Uwujaren, in a statement on Thursday, said investigation revealed that Samuel redeemed the $8,000 benefit through the Bitcoin wallet addresses he got from various cryptocurrency traders.

Justice Mallong adjourned the case till March 22 for determination of his bail application and trial.