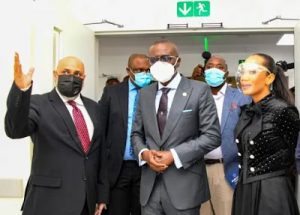 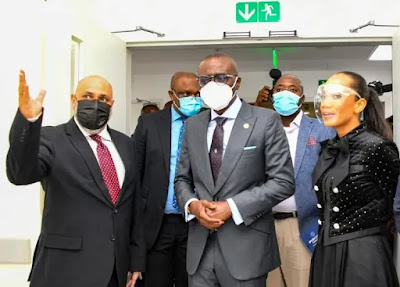 Lagos State Governor, Babajide Sanwo-Olu on Thursday explained why he has not yet taken the Oxford-AstraZeneca COVID-19 vaccine.

Many governors have taken the vaccine but Sanwo-Olu is yet to take it even when the state took delivery of the vaccines early Tuesday morning.

Speaking during the official unveiling of Evercare Hospital, a tertiary health centre in Lekki, Lagos on Thursday, Sanwo-Olu said he just wanted to abide by the rule that healthcare personnel should take the vaccines first.

He said hopefully, he would take the vaccine on Friday.

“I just want to follow the rules. The rules are that the health workers at the frontline should first take it. So, I am pleading with the Commissioner of Health to be gracious and let me also take.

“So, they have given me a date, tomorrow (Friday) and I am hoping that they would have started giving it to the health workers.”