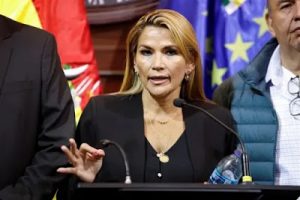 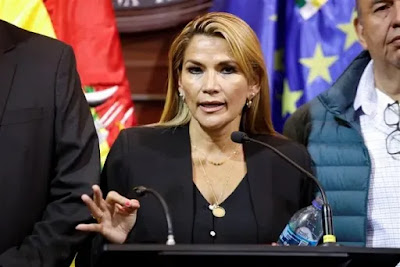 The former interim president of Bolivia, Jeanine Áñez Chavez, and several former ministers have been arrested.

Prosecutors said she and the ministers took part in a coup against the then President Evo Morales in 2019.

Mr Morales resigned and fled Bolivia after protests and allegations of electoral fraud.

Ms Áñez has said she is the victim of a political vendetta by Mr Morales’s Mas Socialist party, which has since returned to power.

The party won a landslide victory in presidential and congressional elections in October last year, paving the way for Mr Morales to return to Bolivia from Argentina and take over the leadership of the Mas party.

His colleague Luis Arce was elected president, though Mr Arce stressed in a BBC interview last year that he would pursue his own political path, saying he was not Evo Morales.

As the most senior senator, Ms Áñez became caretaker president after Mr Morales fled. But members of the Mas party accused her, in cahoots with police and military figures, of engineering his overthrow.

She was detained in the early hours of Saturday in the city of Trinidad, government minister, Eduardo Del Castillo Del Carpio, announced on Facebook. She was then taken by plane to the city of La Paz.