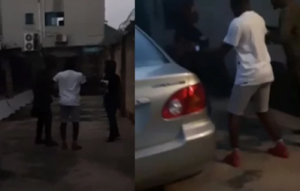 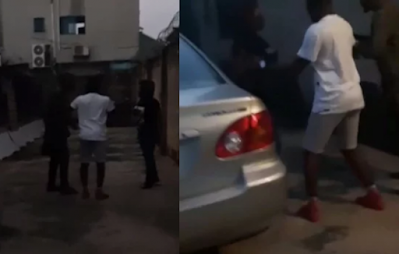 A Ghanaian lady has taken to social media to share the story of how her UK based boyfriend collected all he gave her immediately they broke up.

The story is a sad-sweet one.

”Three years ago, I met a man at a program. It was Christmas and we were all having fun and dancing around. This gentleman came to stand behind me and started dancing with me. I didn’t want to embarrass him so I continued dancing with him. He held my waist and I didn’t complain. I danced with him like I’d known him before the program. He looked like a decent man judging from the way he was dressed. I was walking to get a drink when he asked my name.

“Why not? If only you won’t give me troubles.”

He gave me his number. I called so he could have my number too. For the rest of the night, we sat at a corner and we talked. He was in Ghana from the UK for the holiday. I asked a lot of questions and he answered. He asked a lot of questions and I answered too. When the program was over, he offered to take me home. I said, “I’m ok. I came with a friend and I would be fine going home with her so don’t worry.” He said, “Then I will call you sometime.” I said, “I would be expecting your call.”

That’s how the friendship started.

So one day he proposed. I said, “It’s been only two weeks since we met. Don’t you think we need to study each other a bit? Come to think of it, a man your age and experience, don’t you have a wife or someone you’re emotionally committed to?” He answered, “I wish I had. I’ve wasted a lot of my youth trying to get money without thinking about family. Now that the truth has dawned on me, I have to get someone before I turn forty-five.” I asked questions. A lot of questions about his life and why he didn’t have a girlfriend. He sounded convincing so two weeks after his proposal, I said yes to him.

Not too long afterward, it was time for him to return to the UK. When he was about to go, he introduced me to a friend of his, Sammy. He told him, “Take care of her for me and make sure no one snatches her from me.” We laughed about it and from that day on, Sammy became a guardian of some sort. While he was away, we talked a lot each day. We did video calls often and got naughty when we ought to be. There was one thing he kept hammering in his conversations with me; the need to have a child as soon as possible. He said, “When I come this Xmas, you have to prepare. You’ll get pregnant before I come back to the UK.”

At first, I didn’t take him seriously until he said it often for me to know he was serious. I asked, “Get pregnant before marriage?” He said, “I don’t mind getting married before the pregnancy but the pregnancy is very important. You see my age? I need a child before I turn forty-five.” The way he talked about having a child got me concerned so I spoke to his friend, Sammy. He said, “My guy has suffered and maybe wants a child to keep him calm.” His answer didn’t make sense but I took it like that.

And then he came back to Ghana. And then we got intimate—several times. During his time here, I met a lot of his friends and some people he called family. He introduced me to them as his future wife. We met his sisters. I became very close to their last born, Akos. We went out often and whenever his brother was coming to see me, she came with her. Akos didn’t know that I met his brother the year before. She thought I just met his brother so when his brother finally left for the UK she told me, “You better don’t take my brother seriously. If he gives you money, chop. When he’s in the UK and with his wife, he won’t mind you.”

I asked, “Your brother is married? She asked, “He didn’t tell you?” I said no. She said, “That’s surprising because all the ladies he normally brings home he tells them that he’s married.” I told her, “So why would he do that? He even asked me to give him a child.” When Akos realized how deep the thing goes, she stopped talking. She said, “It looks like I’m the one being the gossip. Please don’t mention to my brother that I told you this. Find your way around it.”

From further investigation, I realized he had been married for four years and lives with the wife in the UK. The wife wasn’t able to give birth due to some issue she had just a year after their marriage. That was the reason why he was going around with me, asking me to give birth for him. I was very angry, disappointed, and felt let down but I decided to play along. Just like his sister told me, “If he gives you money, chop it!” I decided to pick a fast one on him.

One morning, during a video call, I told him, “My period has delayed for four days. It hasn’t happened like this before.” He said, “Hmmm should I start to jubilate?” I said, “Not yet. Maybe it’s just delayed.” He kept asking about it every day until one day I told him, “I tested and it’s positive.” He was so happy he didn’t know what to do. He started making promises. “I’ll give you this and I’ll give you that. Just take care of the baby well for me.” Every month he sent me £600. There was a car he gave to Sammy to sell. He told Sammy to give the car to me. He started shipping baby products to me. If I told him I had a headache, the next day he would send me money to go to the hospital.

Every night when we had a video call, he would say, “Let me see how my baby is doing.” I would push out my stomach and put the camera on my stomach and pretend my tummy is coming. When he’s in good mood, he would send me money the next day. When he complained that my stomach wasn’t growing up as expected, I also complained. Then told him the nurses said it was normal. At five months, I couldn’t continue the lie again so I started avoiding video calls. I gave one excuse after another until I realized he was getting uncomfortable. For three days he called and I didn’t pick. When I finally did, I told him, “I was admitted to the hospital. I miscarried the baby.”

He said calmly, “You’ve been lying to me.” I said, “Lying to you? How?” He said, “You were not pregnant.” I said, “How would you say that? How would you think that of me? That I’ve been lying about the pregnancy. How?” He cut the call. I called back he didn’t pick. The next morning, Sammy came to my house with two other guys. He said, “Hamza said we should come for the car.” I saw the other guy talking to Hamza on his phone. Hamza was screaming, “Collect everything. I made shipments of baby products to her, collect all. I sent some clothes and shoes, collect that too. Go inside her room everything there is mine.”

They took everything. Even shoes he sent that I’d worn, they took all of them. In the evening Hamza called me and started ranting, “You’re a liar and I regret the day that I saw you. God will punish you for deceiving me. In fact, I want my money back—all the money I’ve sent to you.” I said to him, “God will punish you for lying to me instead. Ain’t you married? Why didn’t you tell me? You wanted to use me as a baby-making machine, right? Do you think I’m stupid? Go to my bank and collect your money there. Idiot!”

It turned to exchanges of words until he cut the line. He took what he can take but he couldn’t collect the money from me. Every work has some benefits and those monies were my benefit.

N.B: Girl you are stupid. Lets assume you couldn’t stop them from taking the car, you also couldn’t lsop stop them from entering your room? Your own room? You have no neighbours? lmaoo. No egbo adugbos? Where is the police when you need them lmaoo.

Some men have guts sha, and well, they know the ladies they can try it with. I am happy you lied to him. He deserves it and more. How can you even think of making another person’s child a baby factory? Wicked soul! And well Sammy is lucky you are a gentle lady. It will be the last time he would be an ERRAND BOY to his age mate. LMAO. 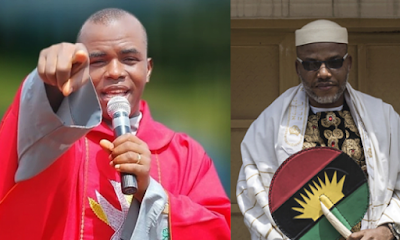 Mbaka speaks further on his disappearance and Nnamdi Kanu 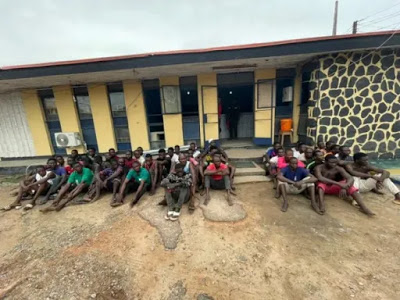 One person has been killed and 48 hoodlums arrested by the police in the mayhem that engulfed Mile 12 area of... 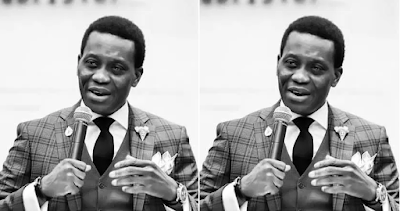