The All Progressives Congress (APC) has congratulated Nigerian Afrobeat sensations Burna boy and Wizkid on winning their first Grammy awards.

The APC felicitated with both singers via a tweet saying, “We celebrate Nigeria music afrobeat stars Damini Ogulu @burnaboy and Ayodeji Ibrahim Balogun @wizkidayo on their #GrammyAwards. The best is yet to come.” 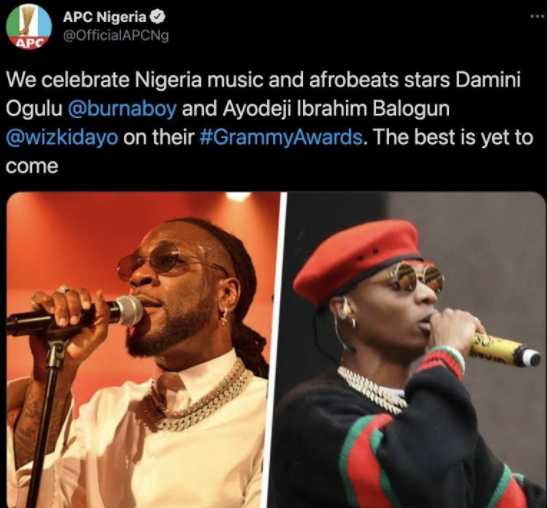 Other Nigerian artistes such as Tiwa Savage, Femi Kuti, and Made Kuti got nods for their contributions to Coldplay’s Everyday Life nominated for Album of The Year.

Femi and Made were featured on ‘Arabesque’ where Femi Kuti played a solo, and Tiwa Savage workeon ‘Eko.’