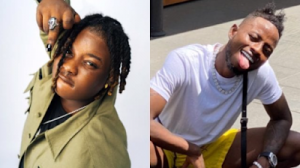 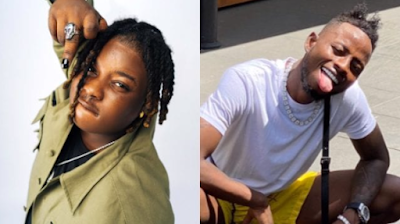 Barry Jhay has broken his silence as the Ghanaian police have cleared him of Kashy Godson’s murder.

Recall the singer who was in Ghana with his record label boss, Kashy was arrested shortly after Kashy’s sudden death.

He released a statement thanking everyone who stood by him and also affirmed he couldn’t have murdered his own dear friend.

He also showed the Ghanaian police investigative report clearing him of the offence. 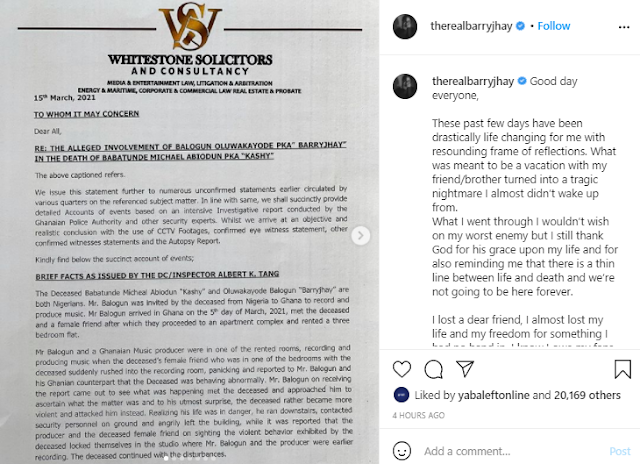 These past few days have been drastically life changing for me with resounding frame of reflections. What was meant to be a vacation with my friend/brother turned into a tragic nightmare I almost didn’t wake up from.

What I went through I wouldn’t wish on my worst enemy but I still thank God for his grace upon my life and for also reminding me that there is a thin line between life and death and we’re not going to be here forever.

I lost a dear friend, I almost lost my life and my freedom for something I had no hand in. I know I owe my fans my own side of the story and same is contained in the attached reports.

I want to thank the entire Ghana police force for their professionalism and diligence . The hurtful comments,assumptions and allegations made against me was nothing compared to having to mourn the tragic death of my friend and at the same time been accused of been involved in his death. But for the enormous support from my friends, family and even strangers who supported me without prejudice and proclaimed my innocence were the ones who gave me hope, oh my Ghanaian brother’s and sisters! This is my first visit to an amazing country filled with lovely people I have gotten the biggest support from. To my family!! I can’t thank you enough! my legal team( Tope Salami and Jerry), Lewis, Martin, Olu, ike, my Aunty Tosin , the list long o!!! ♥️” 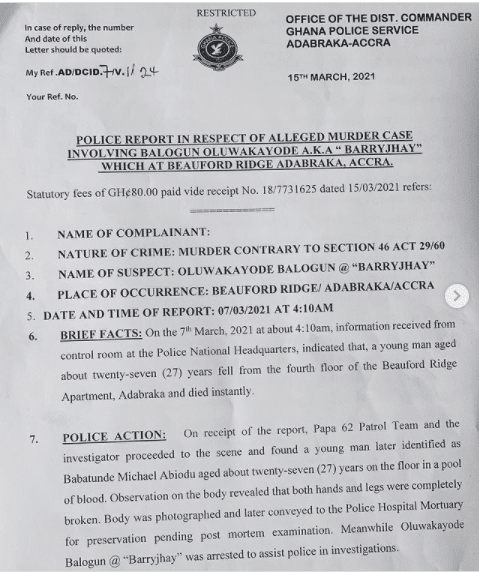 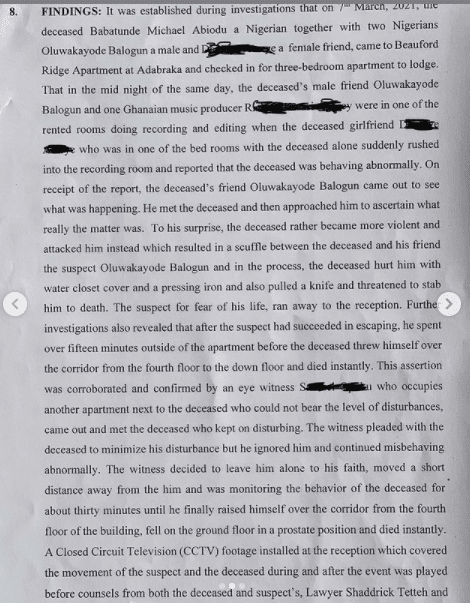 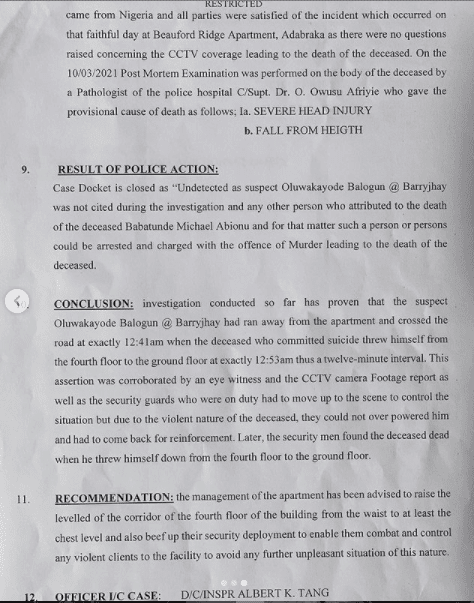