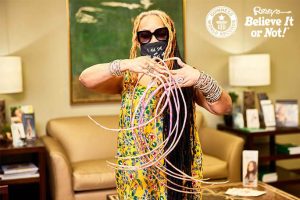 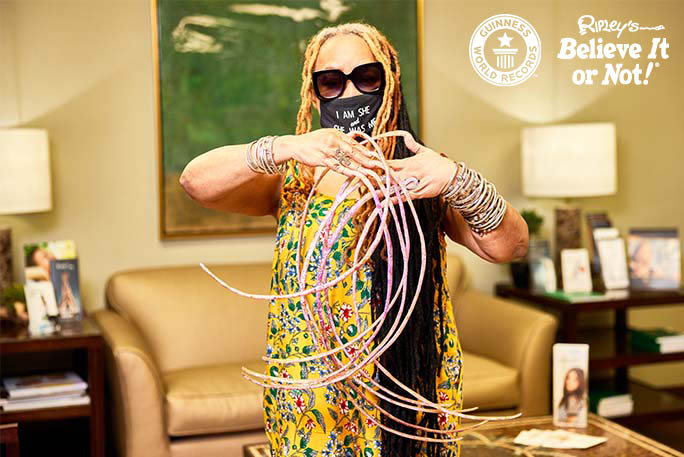 Guinness World Records title holder Ayanna Williams (USA) for the woman with the world’s longest fingernails has finally cut off her nails after 30 years.

Dr. Allison Readinger of Trinity Vista Dermatology in Forth Worth, Texas (USA), used an electric rotary tool to cut the record holder’s lengthy nails after measuring them a final time.

Ayanna broke her own record for the longest fingernails on a pair of hands (female) with a new length of 733.55 cm (24 ft 0.7 in), since letting them grow from their initial confirmation in 2017.

This is the first time the record holder has cut her nails since the early 90s, which meant it was an emotional, bittersweet goodbye when Ayanna finally had to part with them.

“I’ve been growing my nails for a few decades now. I’m so, so ready for a new life. I know I’m going to miss them, but it’s just about that time – it’s time for them to go.”

Ayanna has dedicated over 28 years to grow her nails. In a way, the feature has become a key part of who she is.

Even as a kid, the Texan always loved nails and nail art. She has fond memories of asking her mother to check how long her nails were and if she could paint them in certain colors. 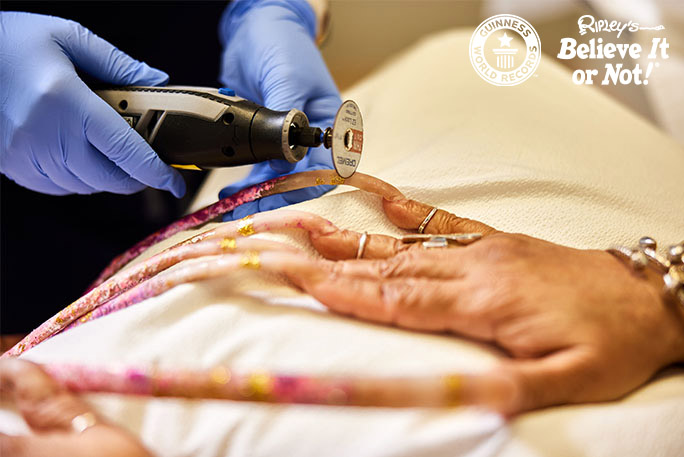 But now with her shortened manicure, she’ll be able to do a lot more with ease.

Before the final cut, Ayanna said that she received lots of different reactions from others who would see her nails in public, but most were positive and supportive – especially ones from kids.

Her delicate fingernails will now be preserved and on display at the Ripley’s Believe It or Not! Museum in Orlando, Florida, something Ayanna is very excited about. 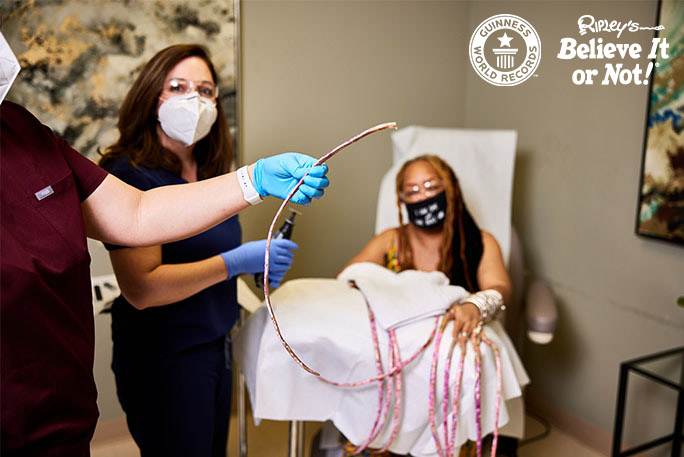 The post Woman With Guinness World Record For Longest Nails Finally Cuts Them Off After Almost 30 Years appeared first on FabWoman | News, Style, Living Content For The Nigerian Woman.