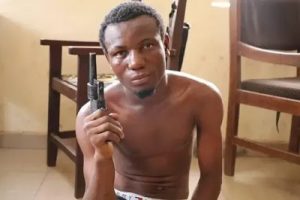 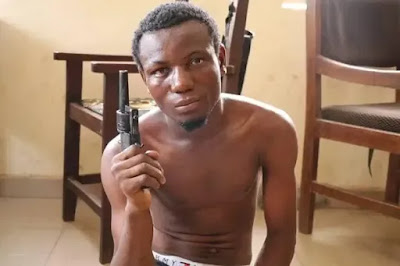 Attempt by Shehu Mohammed, a Public Administration student of Kogi State Polytechnic, Lokoja, to smuggle a locally made gun and five rounds of ammunition into campus was foiled by security personnel of the institution on Friday.

Vigilant security personnel of the Polytechnic were surprised during a routine check that instead of writing materials, the student came to the school with a gun.

On discovery of his strange ‘wares’ Mohammed had attempted to run away but the security personnel were able to stop him.

He was purportedly on the campus purportedly to write his ND II final examination before he was stopped by the ‘stop and search’ officer and was asked to hand over his belongings.

He has since been handed over to the appropriate law enforcement agency for further interrogation and investigation.

It was believed that the student was a cultist and may be planning to use the gun during the usually deadly end-of-examination celebrations by his colleagues.

Kogi Poly Rector, Dr. S.O Usman had announced a ban of such celebrations few days ago.

Usman said the ban was based on intelligence report that some suspected cultists would be coming to the campus with ammunition to avenge their colleague who was killed after the end of examination celebration of 2019.