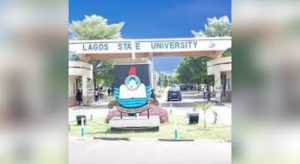 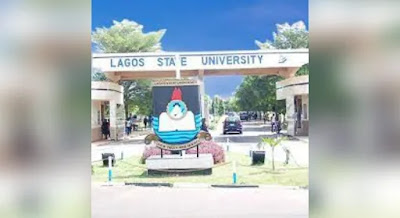 The Lagos State University, Ojo, Lagos, axis particularly areas along the Lagos-Badagry Expressway close to the Iyana-Iba market the Okokomaiko (PPL) area, and the university’s gate on the LASU-Igando road, are now a hotbed of violent crimes.

Clutching dangerous weapons such as guns and knives, hoodlums prey on unwitting passers-by in these areas many of whom are students of the university, robbing them of money, belongings, and in some cases, inflicting bodily harm on them.

An entrepreneur and 300-level student of Biology Education, Rukayat Balogun, suffered brutality at the hands of the criminal elements.

On June 24, 2019, Rukayat left her hostel at Idirogbo for CMS at about 5:30am to beat the rush hour. She planned to buy some goods for her customers being a retailer of male and female underwear.

She was with her smartphone and N70,000. As she trotted phone-in-hand along the Lagos-Badagry Expressway, opposite the university road, she felt a sharp pang on her left hand which she later found suffered a deep cut. Her attacker held an “iron object” to scare her.

Rukayat said her assailant tried to drag the smartphone from her wounded hand but he wasn’t successful, adding that at that point she screamed for attention, forcing the robber to flee

It was gathered that a motorcyclist offered to take Rukayat to a hospital, but she didn’t get help from the first three hospitals they visited.

Rukayat said a few days later she was accompanied by members of the school’s student union to make a statement at the Ojo Police Station. She appealed to the government to curb criminality in the areas.

Another 200-level student from the Faculty of Arts, Joyce (not real name), had a different encounter which left her worried for the few seconds she was stopped by a stranger. On a certain Sunday last year before the lockdown, she and two of her friends were walking down to Iyana-Iba market to buy some groceries when a strange man accosted them.

Joyce said the man accused her of flaunting the colour of his confraternity, saying “You think say we wan toast you, I just wan tell you say na our colour you dey fly.” Joyce told Sunday Punch that her shirt was in fact multi-coloured. “I wore light blue mixed with grey and white that day,” she said.

Joyce added that as two other young men approached them they ran away shouting. Luckily, they escaped unmolested. Joyce said she’s avoided visiting Iyana-Iba market during evenings since the incident.

Besides, a 200-level student of the Department of Physics, Identified only as Ayomide was not so lucky as he left school last week to spend the Easter with his parents at Agbowa.

On Good Friday, Ayomide said he left his hostel by 6am so he could beat traffic. He added that as he trekked past the university’s walls along the Lagos-Badagry Expressway, four cutlass-wielding men emerged from the overgrown bush by the roadside.

The assailants inflicted machete cuts on Ayomide, leaving him with a wounded head and bodily harm.

Ayomide managed to escape, scrambling towards the school’s gate wearing a cloak of his own blood. He explained his encounter with the deadly louts to the Marshalls (LASU’s security outfit) he found at the school’s gate.

But despite the pleas by the bystanders, the Marshalls refused to accost the robbers whom Ayomide believed still loitered at the crime scene.

Ayomide received treatment later that morning at the university’s clinic. He stated that he had been depressed and experienced nightmares about the incident since Friday.

The Cassidy hostel, Okokomaiko accomodating a 300-level student from the Faculty of Arts, Abdulazeez Oladele, was burgled when he was a freshman, losing his phone and laptop. In 200 level, last year, as he returned to hostel from lectures on a Thursday evening, he and his roommates were attacked around a new generation bank branch at Cassidy, which is near the university.

His roommates managed to escape but he wasn’t lucky. The hoodlums took away his phone and bag.

Abdulazeez didn’t report the incident. He insisted that “the school isn’t doing enough,” adding that, “students are even being robbed at PPL which is close to school, and even at Aiyepe Gate.”

He urged the university authorities to work with the state government to ensure enough hostels on campus and to increase police presence around student-populated areas.