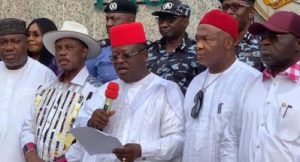 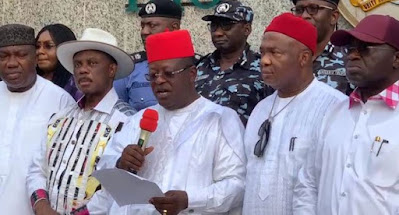 The launch was the outcome of a meeting between Governors and stakeholders in the region.

The meeting, which had Governors of Anambra, Abia, Ebonyi, Imo and Enugu states in attendance, also attracted Navy and Air Force Commanders, the Inspector-General of Police, Ohanaeze Ndigbo and other stakeholders.