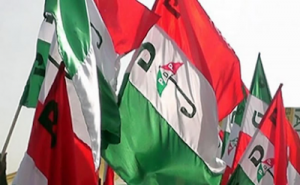 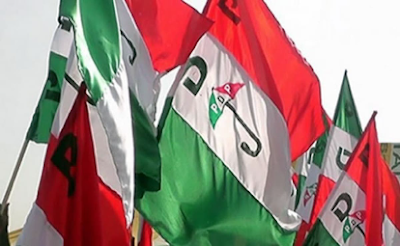 The Peoples Democratic Party (PDP) has released the list of delegates ahead of its South West Zonal Congress scheduled to hold in Osogbo, the Osun State capital on Monday.

According to a press release signed by the party’s National Organising Secretary, Col. Austin Akobundu (rtd.) and made available to newsmen, the availability of the delegates’ list was in line with the mandate of the PDP to conduct a free, credible and transparent congress.

While wishing all aspirants, stakeholders, party members and supporters a hitch free congress, the party maintained that its congresses remained in strict compliance with the National Centre for Disease Control (NCDC) guidelines on COVID-19.

It was gathered that the South West zonal congress had earlier been slated to hold in Ibadan, Oyo State but the change of venue became necessary as a result of the misunderstanding between the former Ekiti State Governor, Ayodele Fayose and Governor Seyi Makinde of Oyo State.

Their disagreement had been premised on the leadership of the party in the zone and also the choice of Zonal Chairman, between Dr. Edward Olafeso who has the backing of former governor Ayodele Fayose and Taofeeq Arapaja, a former Oyo State deputy governor who has the support of Governor Seyi Makinde.

Recall that the North Central Zonal Congress in Kaduna ended abruptly when thugs attacked the venue and carted away ballot boxes. 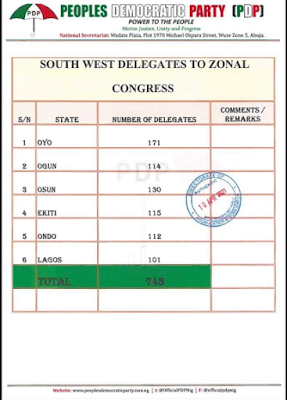