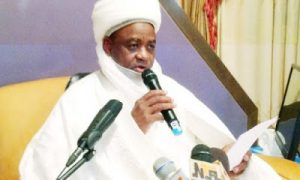 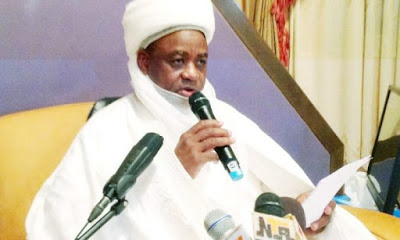 The Sultan of Sokoto, His Eminence, Muhammed Sa’ad Abubakar III, on Saturday commended the inter-religious harmony in Kogi.

The Sultan gave the commendation when he inaugurated a 1,800 seat capacity Anyigba Central Mosque built by former Governor of Kogi and Industrialist, Alhaji Ibrahim Idris.

The ultramodern Anyigba Mosque in Dekina Local Government Area of Kogi has an auditorium, offices, 30 male and 50 female toilets.

It also has a school and was built on a 1.3 hectare of land.

Speaking at the inauguration, the Sultan and Head of the Islamic Supreme Council urged well-to-do individuals to see building Mosques as a way of molding spiritual characters of upcoming generations.

He said that the building of Mosques also helped to boost the faith of adherents and urged Muslims to use the forthcoming Ramadan to pray for strength and enduring peace in the country.

The Sultan commended the initiative of the facilitator of the mosque, saying that it attested to the fact that the edifice must have been conceived over time and not an idea that began now.

He described the overwhelming presence of Christian Clergymen at the inauguration of the Mosque as unprecedented.

The Sultan said inter-religious harmony was a way of sustaining peace in the country and urged that the Kogi example where Christians and Muslims were united in worship be emulated by all Nigerians.

“I feel there is no better way of thanking him than to provide a place where others can come and worship Him,” he said.