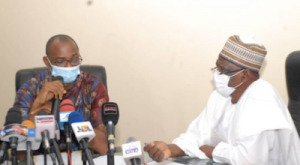 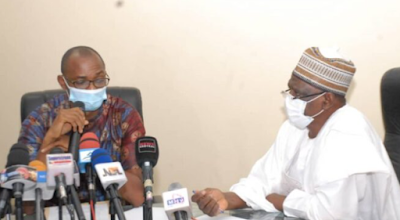 Anderson Ezeibe, national president of the Academic Staff Union of Polytechnics (ASUP), has listed the steps the federal government must take before the body calls off its industrial action.

On April 6, ASUP shut polytechnics across the country in protest of the government’s inertia towards the implementation of its demands.

Speaking on AIT on Monday, Ezeibe pointed out the core demands that once addressed by the government, the body will call off the strike.

He said ASUP understands that some of its demands will require giving the government some time, however, some salient issues must be addressed.

Ezeibe said the key demands are the payment of minimum wage arrears, the establishment of a proper regulatory structure, and a written commitment to assent the bill calling for the creation of a National Polytechnics Commission.

“We also expect the government to look into the issue of our minimum wage arrears. We verily believe this government can fund this. It’s about four billion for our sector. There’s a presidential directive in 2019 that all workers in the different MDAs should be by December 1, 2019. Here we are in April 2021, we are still owed,” Ezeibe said.

“Because the state has to be the same. Education is of course on the concurrent list, but standardisation and regulation are on the exclusive list. This federal government through its own agencies prescribes standards.

“We expect the government to commit to the establishment of a National Polytechnics Commission, already the bill has passed through the first reading at the House of Representatives. But we want the government to commit in writing, that anytime the national assembly passes all of these processes, that this bill will be signed into law. If we have all of these, we’ll be good.”

Ezeibe added that ASUP has been receiving signals that might lead to another meeting with the federal government later in the week.