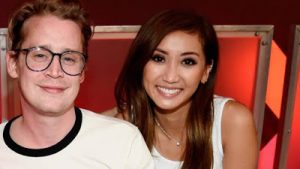 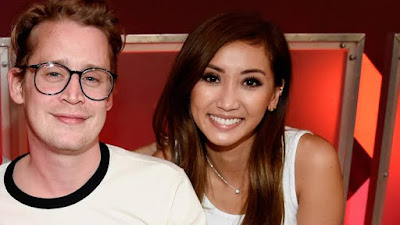 Macaulay Culkin and his girlfriend Brenda Song are parents. The couple welcomed their first child together, son Dakota Song Culkin, on April 5.

“Mother, father and baby are all healthy and happy. We are overjoyed,” the duo said in a statement issued to Times.

Song, 33, and Culkin, 40, who both started their journey in showbiz as child actors, started dating back in 2017 after meeting on the set of Seth Green’s “Changeland”. In 2018, they moved in together.

We practice a lot,” Culkin, 40, recently told Esquire of their plans to start a family. “We’re figuring it out, making the timing work. Because nothing turns you on more than when your lady comes into the room and says, ‘Honey, I’m ovulating.’”

“You can’t be around him and not be happy,” Song, 33, added of her relationship with Culkin.

The duo has kept their relationship away from media scrutiny. They have hardly made any red carpet appearances or indulged in any public display of affection on social media.

Culkin is an American actor, musician, and podcaster. Regarded as one of the most successful child actors of the 1990s, he was placed on VH1’s list of the “100 Greatest Kid-Stars” and on E!’s list of the “50 Greatest Child Stars”.

Culkin rose to prominence as a child actor starring as Kevin McCallister in the first two films of the Christmas franchise Home Alone series, for which he was nominated for the Golden Globe Award for Best Actor – Motion Picture Musical or Comedy.