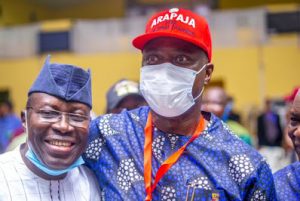 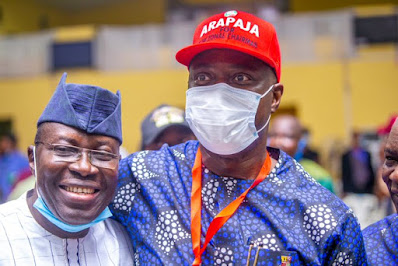 The candidate backed by the camp of Governor Seyi Makinde of Oyo State, Ambassador Taofeek Arapaja has emerged as the new South-West Zonal Vice Chairman of Peoples Democratic Party on Monday.

Olafeso is of the camp of former Ekiti State Governor, Ayodele Fayose.

Earlier during the exercise, Fayose reconciled with his main rival, Makinde, acknowledging that the Oyo State Governor is the PDP leader in the southwest region.

His reaction comes after months of leadership tussle for the control of the party among the duo.

Reacting to the zonal congress, Governor Makinde said the PDP is ready to wrestle power from the ruling All Progressives Congress (APC).

He explained that the internal wrangling that has rocked the zone has now come to an end.