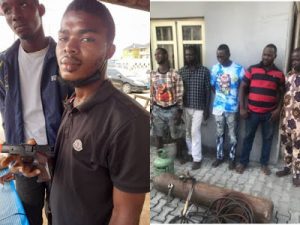 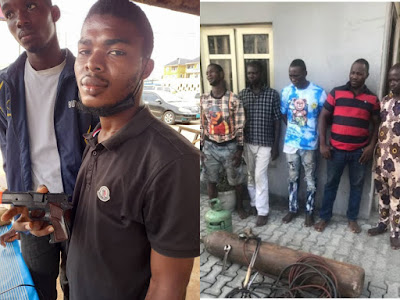 The suspects: Lawal Saheed, 40, Taofeek Adenigba, 43, Ope Olowolayemo, 28, Azeez Jamie, 41 and Omotayo Adewale, 34 were arrested on Sunday around 3 am in between Volks Bus Stop and Iyana Iba, Lagos State.

Daily Post gathered that the suspects in a Ford Bus with Reg. Number FST 679 XZ, was apprehended with some 25mm iron rods, property of China Construction Engineering Company (CCEC).

In a statement signed by the Command’s spokesperson, CSP Olumuyiwa Adejobi, he said that the Commissioner of Police, Lagos State, CP Hakeem Odumosu, has opened an investigation into the matter and the suspects would be charged to court as soon as possible.