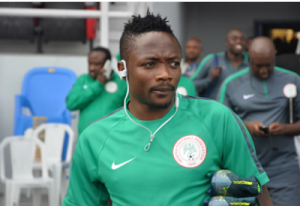 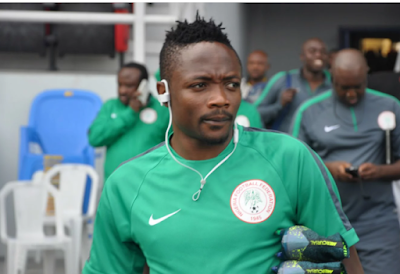 The coach said Musa’s presence will not only boost the team’s confidence but also “ginger” them to be better players.

The 28-year-old Super Eagles captain penned a deal with his former club until the end of the season.

The former Leicester City winger has been without a club since parting ways with Al Nassr, a Saudi Arabia Pro League side, in October 2020.

Ibrahim, who was Sai Masu Gida’s assistant gaffer 11 years ago when Musa was part of the team, said the winger is a trailblazer whom other Nigerian players should emulate.

“My expectation is very simple. Joining my team is a great motivation and when he comes in, he will need to ginger our players to always be serious like him,” Ibrahim told TheCable.

“The coming of Musa into my team is a general motivation to Nigeria football. Because he has just demonstrated a very good example to other players out there. That anytime any of our players find himself in such situation he has found himself, such player should just feel free to join any club sides in the country.

“That way, he can be able to get another club. I am happy to see Ahmed Musa, a captain of Nigerian join my team.”

Musa joined Kano Pillars in the 2009/10 NPFL season. In the same season, he set the league’s goalscoring record with 18 goals.

He held the record until Jude Aneke of Kaduna United broke it in November 2011.