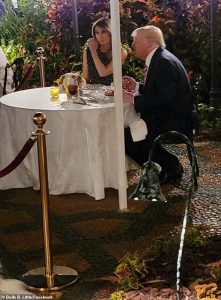 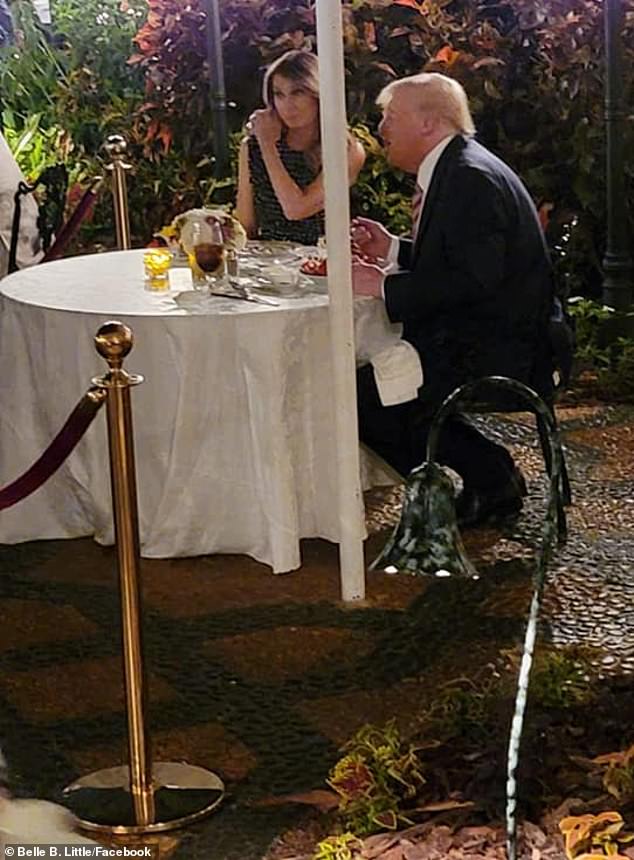 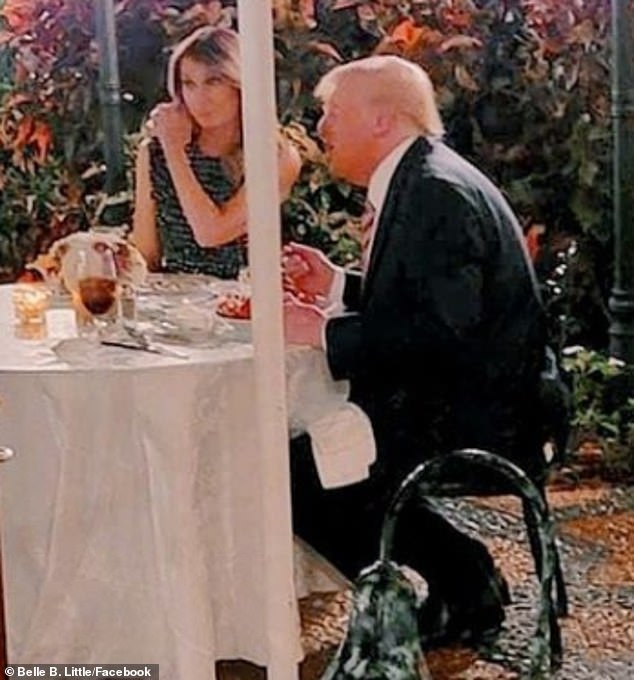 Melania Trump made her second public appearance in a week on Wednesday night, when she enjoyed dinner with her husband Donald at a private roped-off table at Mar-a-Lago.

The dinner outing marks only the seventh occasion that the 50-year-old former First Lady has been seen out and about since the Trumps left the White House in January of this year – after which Melania has seemingly tried to maintain a much more private lifestyle.

Images taken by guests at the Palm Beach resort and shared on social media show Melania and Donald, 74, sitting side-by-side at a round table outdoors at one of Mar-a-Lago’s restaurants, with the mother-of-one looking chic in an elegant sleeveless dress. 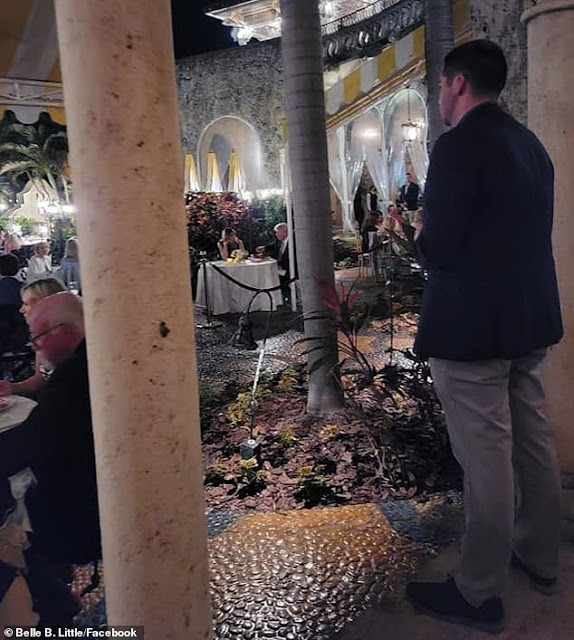 Although the couple chose to dine at a public restaurant alongside other guests, they appear to have gone to great lengths to ensure that they were not bothered during their meal.

In the photos, red velvet security ropes are seen separating their table from others at the venue, while one guest who snapped images of the couple revealed that ‘security was tight’ throughout the evening.

The public dinner comes just days after Melania stepped out at a glittering fundraiser held at the Florida club – where she and former President Trump have been living since leaving Washington, D.C. in January.