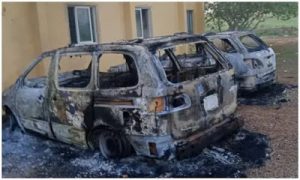 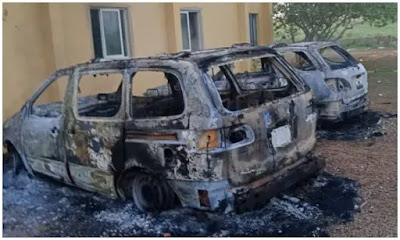 The Zonal Police Headquarters, Zone13, Ukpo, Anambra State, was razed in the early hours of Monday.

It was gathered that about 20 gunmen stormed the police headquarters and razed some offices and scores of vehicles during the attack.

A police officer, who pleaded anonymity, told an online news outlet that said the gunmen were rebuffed from getting into the armoury department of the place.

He said, “Our men prevented them from having ingress into our armoury. I can’t tell you the number of casualties now because we have scanty information about the development.”

However, the Zonal Police Police Public Relations Officer, Nkeiru Nwode, is yet to provide details of the attack as of press time.