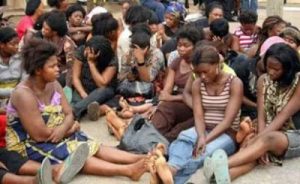 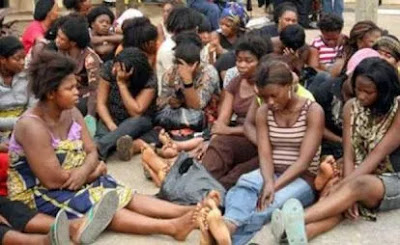 No fewer than 26 women and children believed to be victims of human trafficking have been rescued by operatives of the Edo state police command.

The victims believed to have been trafficked from Ebonyi, Imo, Abia, Anambra and Akwa Ibom States respectively were rescued in a joint operation by the police and vigilante operatives in the state.

A statement by the command’s PRO, Kontongs Bello, disclosed that the victims were rescued at the Evbuotubu, in Ekenwan Road axis of Benin City.

The women allegedly said that they were lured from their various home states by a woman named Jennifer, also called Ezine, with surname yet unknown, (now on the run.)

The State Commissioner of Police, Phillip Aliyu Ogbadu, advised parents to be wary of unknown persons who come promising heaven on earth to their children as the result is always catastrophic.