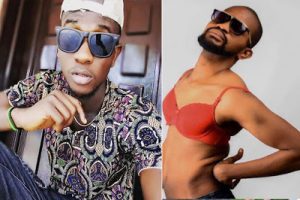 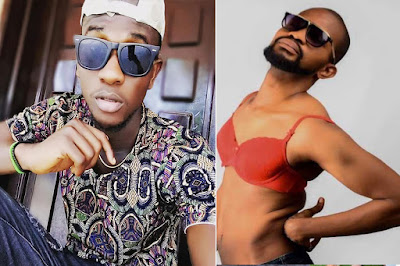 Nigerian gay activist, Chef Ayomide has slammed Nollywood actor, Uche Maduagwu for making a fun of the LGBT community after coming out to refute his claim of being gay.

After months of claiming he is gay and has been fighting for the rights of gays and people in the LGBT community Uche Maduagwu made a u-turn emphatically stating that he is not gay.

He lamented over how he has lost endorsement deals, movie roles and his girlfriend while fighting for the rights of the LGBT community.

According to him, being Gay is not an easy thing as one must be brave strong and powerful and slammed the controversial actor for coming out with his full chest and turning back.

”Stop painting the LGBT community with your stupidity, if you ever want to gain recognition in life, never you try to taint, defame and stained the LGBT community with your nuisance….oh you are scared of being lynched, attacked by homophobic person in Nigeria….do you think to become a GAY is an easy task, you come out with your full chest,and still turning back…. being A Gay you have to be brave, strong and be powerful….

The love I have for LGBT people,I don’t mind risking my life for the safety of lesbians,gays,trans,and crossdresser… because I’ve made up my mind in life, nothing on Earth would ever make me to Deny my sexual orientation being GAY, I was born GAY and will die as a GAY…..

I don’t mind if I was crucified on the cross to save LGBT people in Nigeria..my blood is meant to save…

Not everyone will love and accept you the way you are regardless of sexual orientation…if everyone loves you,try and check yourself very well….I’m a GAY Rights Activist in Nigeria ?? my work is to fight for my people,and attack those that are trying to make fool of our genes.

Mrs Red Bra if you are trying to get attention in Nigeria,or trying to seek greener pastures

Don’t try to stain the LGBT community because 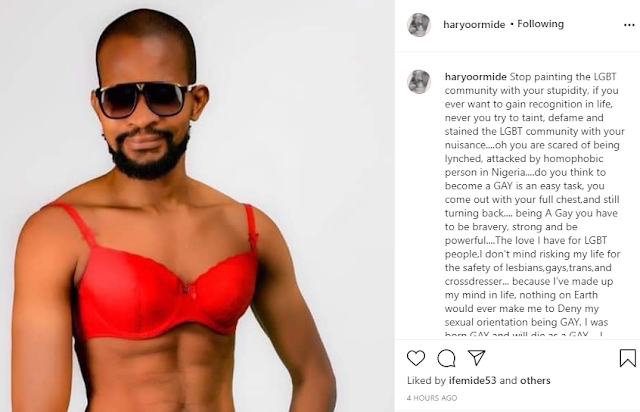