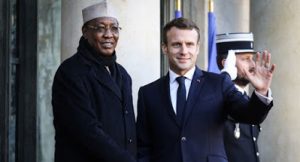 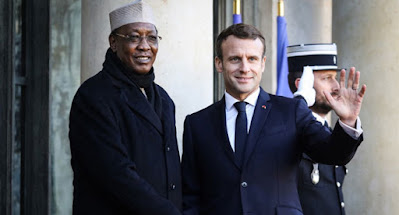 France on Tuesday paid tribute to Chad’s President Idriss Deby Itno as a “courageous friend” and “great soldier”, while urging stability and a peaceful transition in the African country after his shocking death.

Deby died from wounds sustained in battle after three decades in power, according to the army.

“Chad is losing a great soldier and a president who has worked tirelessly for the security of the country and the stability of the region for three decades,” the office of President Emmanuel Macron said in a statement, hailing Deby as a “courageous friend” of France.

The statement also emphasised France’s insistence on the “stability and territorial integrity” of Chad as it faces a push by rebel forces toward its capital, N’Djamena.

Deby’s son was immediately named transitional leader as head of a military council as both the government and parliament were dissolved, but the army vowed “free and democratic” elections after an 18-month transition period.

The statement by the French presidency underscored “the importance of the transition taking place under peaceful conditions”.

There should also be “a spirit of dialogue with all political and civil society actors, and allowing the rapid return to inclusive governance based on civil institutions,” it added.