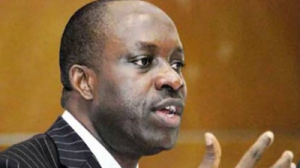 Nine persons who participated in the attack against the former governor of Central Bank of Nigeria and governorship aspirant of the All Progressives Grand Alliance (APGA), Prof. Chukwuma Soludo have been arrested.

Prof. Soludo was last month attacked by some unknown gunmen in his community, Isuofia, Aguata Local Government Area, during an interactive session with youths of the community.

Three policemen were killed during the attack, while a commissioner in Anambra State, Mr Emeka Ezenwanne was abducted by the gunmen, but was later released.

Anambra State governor, Chief Willie Obiano on Wednesday announced that the nine people who participated in the attack will not be spared.