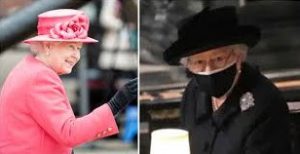 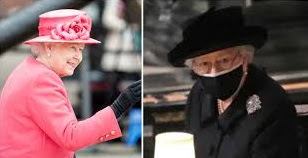 The Queen is marking her 95th birthday today while still in official royal mourning for her husband of 73 years, the Duke of Edinburgh.

For a second consecutive year, the traditional 41-gun and 21-gun salutes, traditionally fired in Hyde Park and the Tower of London on the occasion, have been cancelled.

Buckingham Palace is also not expected to issue any official photograph of the monarch.

Instead, she is said to be spending the day quietly. Close family members may join her but it is thought these may not include the Prince of Wales.

Prince Charles is reported to have retreated to his official Welsh home Llwynywermod, in Myddfai, Llandovery, to mourn the loss of his father, having travelled there from Windsor, where he and senior royals were among the 30 mourners to attend Prince Philip’s funeral.

It is not known if the Duke of Sussex will have been able to see his grandmother before returning to California to be with the pregnant Duchess of Sussex, who is expecting the couple’s daughter in the summer. He has been staying at Frogmore Cottage, his former official home on the Windsor estate, where he isolated before Saturday’s funeral.