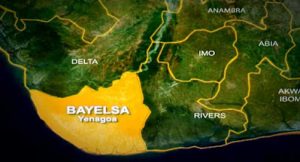 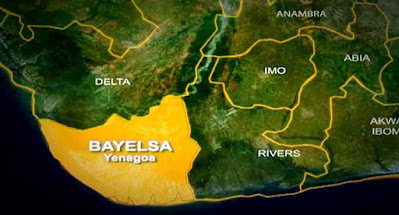 The incident, which occurred on Tuesday along Genesis Street, off Okaka road, caused uproar in the state capital.

An angry mob, comprising neighbours of the deceased, was said to have descended on the accused woman and nearly beat her to death.

It was gathered the quick arrival of the patrol police team from the Bayelsa State Command rescued the woman.

Some eyewitnesses argued the accused woman was deranged and allegedly attempted to stab another boy a few meters away from where she killed Thomas.

The suspect was said to have allegedly stabbed her first victim on the arm along Mountain of Fire Road Okaka, before proceeding to kill her victim (Thomas).

One of the residents of Genesis Street, identified simply as Panebi, said the woman, believed to be an indigene of Enugu State, was popularly known to be preaching in the early hours of the morning along Okaka road.

Panebi said: “But on this particular day (Tuesday), she was carrying a Bible and started displaying strange behaviour by displaying a dagger. She chased everyone that came across her until she reached the victim’s house and broke the door forcibly.

“She dragged the boy to the middle of the road and stabbed him three times. Angry youths on the street started retaliating by attacking her with stones and planks until she fell down. The police came to her rescue.”

The grandmother of the deceased, identified only as Modlyn, said her grandson was in the house when he was accosted and allegedly killed by the woman.

She said: “I went to buy something. I was still at the place when someone told me that a madwoman was looking for me and wanted to kill me.

“I wondered why a madwoman would be looking for me. I ran into my neighbour’s house to seek refuge. While at the neighbour’s house, I heard a noise from neighbours that she had stabbed my grandson to death.”