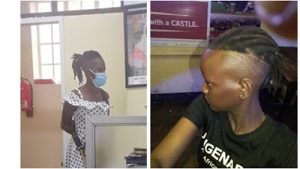 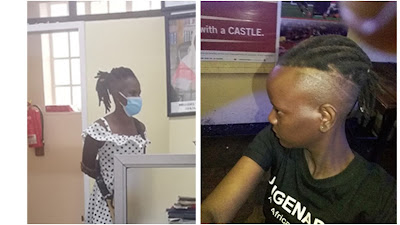 A Bulawayo woman has dragged her ex-lover to court after their passionate same-sex lesbian affair turned sour.

Linda Sphiwe Mpofu from Bulawayo’s Barbourfields suburb begged the court to protect her from her marauding ex-lover Brenda Mugabazi.

Linda told the Bulawayo Civil Court that she is now living in fear for her life as Brenda did not take the break-up well. She alleged that her ex-lover is violent and abusive and is now stalking her and threatening her for daring to end the relationship.

“On 25 December 2020, she beat me up and I sustained a swollen left knee and foot and I am still limping up to now. Whenever she meets me, she harasses me and declares that I can’t leave her,” reports B-Metro.

According to a clearly distraught Linda, Brenda has an insatiable sexual appetite and is always demanding sex from her despite the fact that they are no longer together. In fact, Brenda is alleged to be demanding sex as a way of punishing Linda for leaving her.

Linda also claimed that she now wants to live “a normal life” and accused Brenda of having forced her into being a lesbian.

“I have been living a lesbian life with Brenda (Mugabazi) who forced me into it and I have realised that I cannot continue with it… I am begging the honourable court to grant me a protection order against her…This is because I want to live a normal life again.”

Following the assault that occurred on Christmas Day, Linda was granted an interim protection order in January after she told the court that she was terrified of Brenda’s abuse and sex demands.

She revealed that her situation had worsened as Brenda has been constantly threatening her saying that she will never let her go because she (Linda) is her wife.

She also cautioned her not to communicate with Linda in any way or she would be arrested for violating the protection order.