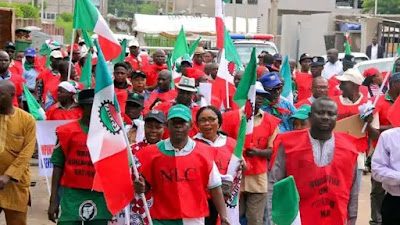 The Nigeria Labour Congress, on Thursday declared a five-day strike in both public and private organisations in Kaduna State to protest mass sack of workers by the state government.

The decision to withdraw the services of workers was taken by the Central Working Committee of the NLC at a meeting in Abuja which held at Labour  House.

Addressing journalists at the end of the meeting, President of the NLC, Ayuba Wabba, said the five-day withdrawal of service by workers in the state will become total if there is no remorse from the state government.

The decision of the administration of Governor Nasir El-Rufai to disengage 4000 workers across the 23 Local Government Areas of Kaduna State has sparked outrage.

Daily Trust reports that on April 6, over 4000 staff across 23 local governments received their disengagement letters.

Reacting to the development, Ayuba Wabba, President of the Nigeria Labour Congress (NLC), described the action as “arbitrary and cruel”, and called on the Kaduna State Government to reverse the mass sack.