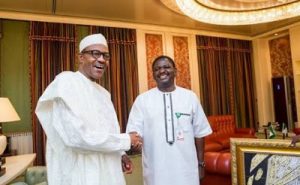 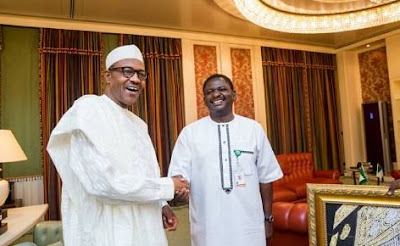 Presidency’s spokesman, Femi Adesina, has stated that some Nigerians do not know the person of President Muhammadu Buhari and that is why they attempt to divert his attention with criticisms, saying the president is unruffled.

Adesina said those who attack President Buhari and his administration are ignorant of his nature, adding that his boss is not bothered by their attacks.

The Special Assistant to the President on Media and Publicity stated this in the Friday edition of ‘Fridays With Femi’ titled, “Hounding the president, will they ever learn?”

Adesina lamented the opinion of some Nigerians regarding Buhari’s health status, adding that the president’s life is in the hands of God.

He said, “Some Nigerians have made it a pastime to pester and attempt to browbeat the President. I laugh. They don’t know the person they are dealing with. A cool customer. Never flustered, harried or disconcerted.

“He simply focuses on what he is doing, ignoring the noise of the market. Kick like a dying horse, shout yourselves hoarse, curse, murmur like a ghost, hiss like a snake, President Buhari keeps his eyes on the ball.”

Mr Adesina urged Nigerians to learn from the president’s approach to issues, stressing that it is important to concentrate on what matters most.

“Each time they come, they get beaten. Why don’t they learn their lessons, and admit that the life and times of this President, like that of every man, is in the hands of God? Why do the heathens rage, and the people imagine vain things?” he added.

According to the President’s spokesman, those who think they make life difficult for President Buhari when they hound him, should understand that “no leaf falls from the tree without the permission of God”.