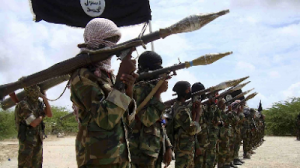 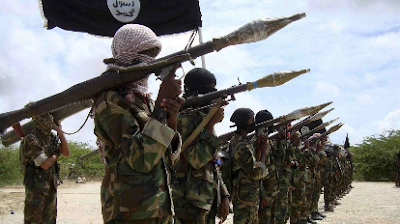 Geidam town, the ancestral home of the Acting Inspector General of Police, Usman Baba Alkali, located on the fringes of northern Yobe State has suffered series of Boko Haram attacks in recent times resulting in wanton destruction of lives and property.

According to locals, the insurgents drove into the town late evening in a convoy of vehicles when Muslim faithful were preparing to break their fast while shooting sporadically, a development that threw the ancient town into confusion with residents running for their dear lives.

Though, he said Nigerian Air Force has deployed aircraft, which was seen hoovering in the sky.

“Boko Haram attack in Geidam although information is sketchy, they are inside the town now.

“Air force deployed aircraft hoovering in the sky”, he said.

It was learnt that, the gunmen have set ablaze some public and private structures as well as looted shops before leaving the town.