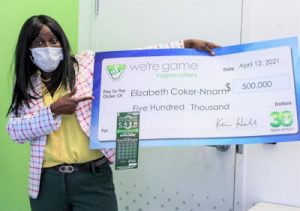 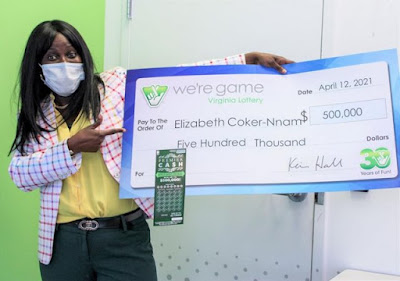 A Nigerian lady, Elizabeth Tutu Coker-Nnam, who lives in Maryland, United States has won a $500,000 jackpot from a scratch-off lottery ticket.

The ticket was given to her belatedly by her brother as a birthday gift. She marked her birthday on 2 March.

Coker-Nnam of Upper Marlboro, Maryland told Virginia Lottery officials her brother gave her the Premier Cash Scratcher ticket from the Virginia Lottery as a late gift a few days after her birthday.

She said she forgot about the ticket for a few weeks until she was on the phone with her brother and decided to scratch it off while they were talking. 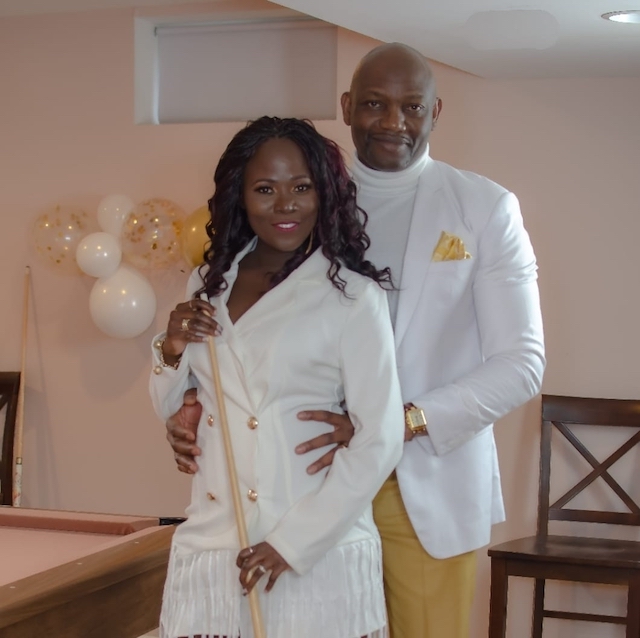 “I screamed! He screamed! We both screamed!” Coker-Nnam said, according to UPI.

The winner’s brother, who purchased the ticket at the B.O.B. at the Pentagon in Arlington, accompanied Coker-Nnam to collect her prize.

Coker-Nnam said her winnings will help her make sure her brother gets a memorable gift for his birthday.