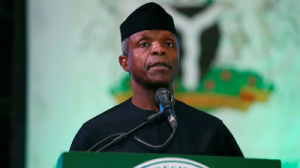 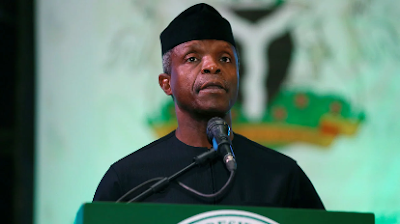 Vice President Yemi Osinbajo on Sunday said God has a promise for Nigeria.

The VP expressed confidence that the country will become an oasis of peace, security and prosperity in Africa and beyond.

Osinbajo delivered a speech at the ongoing 108th annual convention of the Nigerian Baptist Convention held at the church’s conference centre along the Lagos-Ibadan expressway.

Osinbajo declared that the journey to the promise was going through storms and adversity, but that the end will be better than the beginning.

“I am completely convinced that nobody, no group, no ideology, can defeat the promise of God for the greatness of Nigeria. I see it clearly; I know it like my own face.”

Osinbajo urged Nigerians not to be dissuaded by the present challenges or allow the adversities of the moment to shape their utterances or perception.