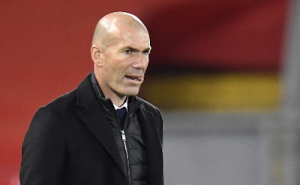 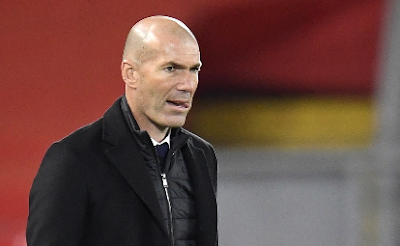 Real Madrid manager, Zinedine Zidane, has insisted his team is not out of the LaLiga title race, following a goalless draw with Real Madrid.

The result leaves Zidane’s men two points behind leaders Atletico Madrid, who have a game in hand.

They are also three points ahead of Barcelona, who have played two matches less.

“No, I don’t think (the league is getting away),” Zidane told Movistar.

“They’re two points dropped for us, but I don’t think so. We have to keep going, we tried, we clearly lacked something in attack.

“We were good defensively but we missed something with the ball. I don’t think the league is over.”