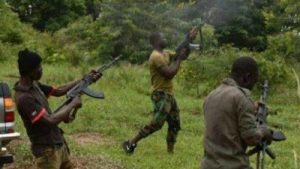 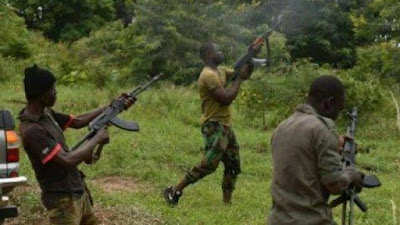 Unknown gunmen have kidnapped a hotelier, Olukunle Oyedokun, and his nursing wife, Juliana, at a hotel in Ajaawa, Ogo Oluwa Local Government Area of Oyo State.

The couple’s infant, children, five relatives, and a guest were also taken away by the kidnappers.

Premium Times gathered that the incident occurred around 10.30 p.m. on Saturday. Sources who spoke with our correspondent said two other guests escaped the kidnap.

This newspaper gathered that Mr Oyedokun and other relatives were whisked away while preparing for a family burial ceremony coming up this weekend.

The state police spokesperson, Adewale Osifeso, did not respond to calls and text messages as of the time of filing this report.

A senior police officer in the local government, however, confirmed the incident but said the family of the victims gave conflicting figures of victims.

Family sources told PT that the kidnappers have asked for N15 million.

After a long appeal, the ransom is said to have been reduced to N2.5 million.