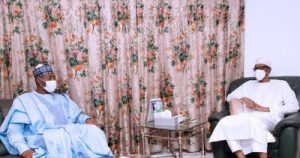 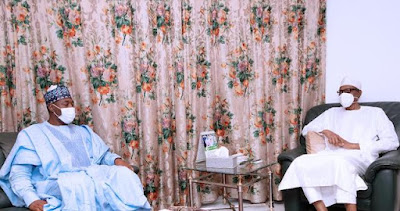 Babagana Zulum, governor of Borno, says it is his responsibility to let President Muhammadu Buhari know the truth about the security situation in the north-east.

For over a decade, the region had continued to suffer attacks from Boko Haram insurgents.

The insurgents recently launched a series of attacks, especially across Borno towns, killing many residents.

They have also been attacking military formations in the region.

An officer and six soldiers were killed in Mainok when the insurgents struck on Sunday.

Speaking with journalists after a meeting with the president on Monday night, Zulum said there is a need to seek support to address insurgency in the region.

The governor expressed regret over how hundreds of people have fled their homes, rendering many towns deserted.

“In Borno, particularly, brigade headquarters was attacked. Many soldiers, men and officers of the Nigerian army were killed,” he said.

“Let me use this opportunity to extend my condolences to the families of the deceased. God, in His infinite wisdom, forgive them.

“I think it is my own responsibility to come and say the truth to Mr. President; let him know what is going on in the entire north-east sub-region.

“I think there is the need for us to get support for us to succeed in this war against insurgents. It’s very pathetic.

“A few days ago, Damasak was attacked; hundreds of people started fleeing Damasak, and now Geidam is almost deserted. Many people have left Geidam.”

The governor also blamed the security situation in the north-east on lack of military equipment saying, “I think the military are yet to receive some of the equipment that they have ordered for.”

Earlier, the president had asked the United States to consider relocating the headquarters of the US Africa Command (AFRICOM) from Germany.

This, the president had said, would help in fighting insecurity.