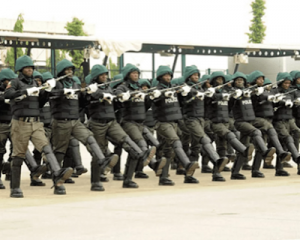 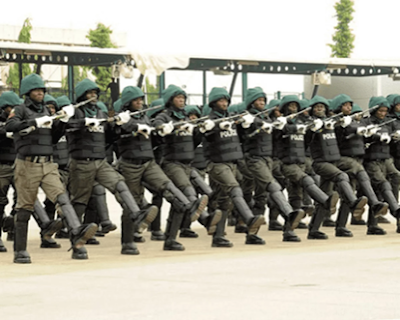 Retirees of the Nigeria Police have asked that their pensions be synchronised with that of their counterparts in the Military and Department of State Services (DSS).

They are demanding that their names be removed from the Contributory Pension Scheme (CPS) with immediate effect.

Like their counterpart in the Army, Navy and Airforce, the Nigeria Police Retirees asked that they be included in the debarment allowances.

Led by their National Legal Adviser in a protest to the National Assembly on Wednesday in Abuja, Elder Ofem O. Nbang explained their ordeals in the scheme to be lack of transparency.

Also, in a copy of the petition addressed to the Senate President, Dr. Ahmad Ibrahim Lawan and Speaker of the House of Representatives, Femi Gbajabiamila made available to newsmen, the former cops lamented that the contributory scheme law was retrogressive.

“When they introduced the Contributory pensions Scheme in 2004 we were under the old Pensions scheme (benefit) the law was made to be retrogressive.

“This is against the provision of Section 173(2) of the Constitution of the Federal Republic of Nigeria 1999 (as amended) because it alters an existing pension scheme( benefit scheme) to the disadvantage of prospective retirees who have been in service long before the enactment of the Pension Reform Act 2004.”

“Laws are made to take effect from when they are made and thereafter but they made a law to take care of our retirement benefits while we were already twenty-something years in service which has subjected us to suffering today.

“For instance, I retired as a Deputy Superintendent of Police after 35 years.

“I was paid what they called lump sum, retirement benefit of N1741, 000 and I am placed on N40,000 pension and that is why many Police officers retire and within one month when they hear of what we are passing through they die of hypertension.”

He said if the military was exempted, they should also be exempted.

Their Adviser further alleged that the former Inspector General of Police, Ibrahim Kpotun (Rtd) was obsessed with becoming the Chairman Board of Directors of the scheme, hence, he co-opted the retirees for unpatriotic reasons.