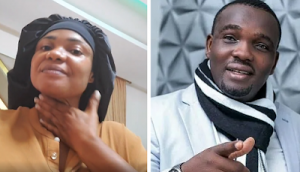 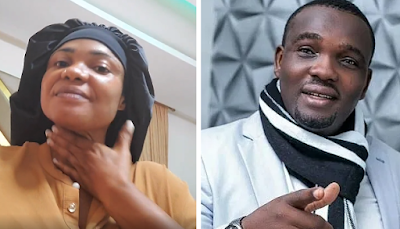 Nollywood is on fire as we speak.

Actress Iyabo Ojo has gone live on Instagram telling her colleague Yomi Fabiyi that he is mad and very unfortunate for daring to ”take sides” with Baba Ijesha who has been accused of molesting a minor.

Recall Iyabo Ojo few days ago had called on her colleagues supporting Baba Ijesha to be calm and investigate before taking sides, assuring them th#at they might be shocked at their findings.

Yomi took to his page shortly after then to caution the actress saying she should allow the court decide if baba ijesha is guilty or not, and then threw a sub at her. He also said baba ijesha isn”t the actress mate.

All these and more angered Iyabo who warned Yomi that she isn’t Toyin Abraham and if Yomi dares her, she will fight him to a STOP.

She then went live to call the actor out and rained numerous curses on him. She also said all those who support the accused actor, same fate of the victim will befall their children.