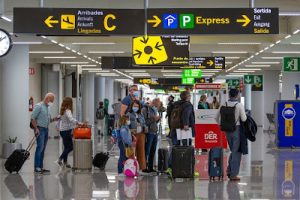 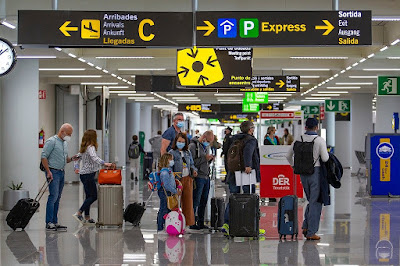 Spain on Tuesday extended a ban on arrivals from Brazil and South Africa until May 25 to curb the spread of new coronavirus strains.

Only legal residents or nationals of Spain and the neighbouring micro-state of Andorra are currently allowed in on flights from these countries in a restriction first introduced on February 2.

The only exceptions are for passengers in transit who cannot leave the airport nor remain there longer than 24 hours.

Other European nations have imposed similar curbs due to fears that new variants may spread more easily or contain mutations that allow the virus to evade the effects of vaccines.

Since February 22, all passengers arriving in Spain from Brazil or South Africa have been obliged to undergo 10 days of quarantine, or seven if they can show a negative test.

On March 8, that requirement was extended to arrivals from another 10 countries, including Colombia and Peru, where there is community transmission of the Brazilian strain.

Spain has been hit hard by the pandemic, recording over 78,000 deaths from more than 3.5 million cases.