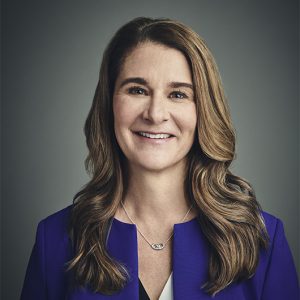 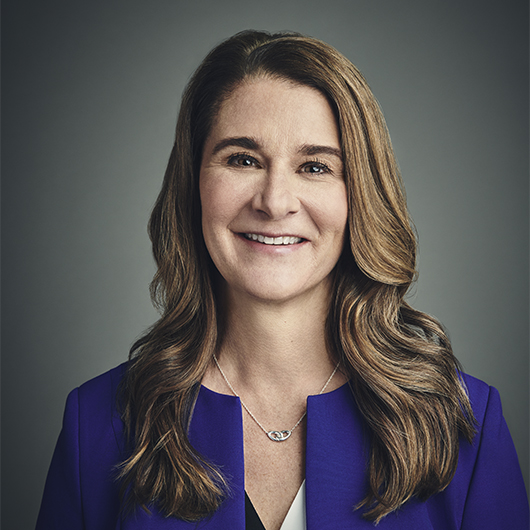 Melinda Gates is the ex-wife of Microsoft CEO, Bill Gates and a world-renowned businesswoman and philantropist.

The couple recently announced their divorce after 27 years of marriage.

2. She is the second of four children.

3. She attended St. Monica Catholic School, where she was the top student in her class.

4. She first became interested in computers at age 14 when a seventh-grade teacher placed her in an advanced math class.

5. Melinda graduated as valedictorian from Ursuline Academy of Dallas in 1982.

6. She earned a bachelor’s degree in computer science and economics from Duke University in 1986 and an MBA from Duke’s Fuqua School of Business in 1987.

7. She joined Microsoft in product development in 1987 and rose to become general manager of information products.

8. Melinda first initiated her charitable endeavours with her husband, Bill in 1994.

9. She began dating Bill Gates in 1987, after meeting him at a trade fair in New York and they got married in 1994 at a private ceremony held in Lanai, Hawaii.

10. They have three children.

11. She left Microsoft to concentrate on her family and on the couple’s charitable work when their first child was born, in 1996.

12. In 2000, she and Bill co-founded the Bill & Melinda Gates Foundation, the world’s largest private charitable organization as of 2015.

13. Melinda led an early 21st-century vaccination campaign that significantly contributed to the eradication of the poliovirus in Africa through the foundation.

14. She received an honorary doctorate in medicine from the Karolinska Institute in Stockholm, Sweden in 2007.

15. Melinda has consistently been ranked on Forbes List of the World’s Most Powerful Women since 2011.

16. She is a recipient of numerous awards such as the Prince of Asturias Award for International Cooperation (2006) Order of the Aztec Eagle (2006) The UCSF medal (2013) Dame Commander of the Order of the British Empire (2013) Presidential Medal of Freedom by Barack Obama (2016)

17. She authored the book The Moment of Lift: How Empowering Women Changes the World in 2019.

The post 17 Things You Should Know About Melinda Gates appeared first on FabWoman | News, Style, Living Content For The Nigerian Woman.