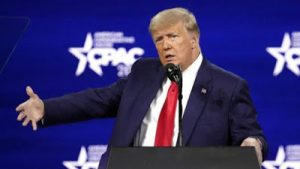 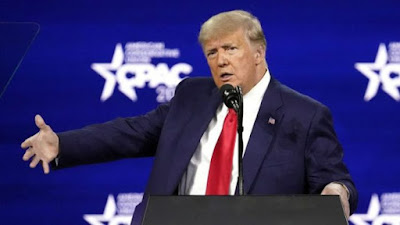 The much expected decision comes a day after Trump launched a website, with which he hopes to communicate with his followers.

The board’s decision cannot be overruled by any employees, including Facebook CEO Mark Zuckerberg.

The punishment was slammed on him following the deadly Capitol siege on January 6, which he instigated .

Facebook first referred its decision on Trump’s account to its Oversight Board in late January. Since then, the board has invited the public to submit comments before its ruling, as it has done for all cases it has reviewed so far.

Of the thousands of public comments the board says it’s received, one of these commenters was Trump himself , according to Channel 4 News .

Facebook launched the Oversight Board in late 2020 in an effort to give more attention and resources to their content moderation decisions. Although Facebook says the board – dubbed Facebook’s “Supreme Court” – is independent, the company has final discretion in deciding whether each ruling will only apply to the particular post in question, or whether it will serve as precedent for decision-making on similar content.