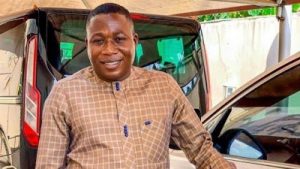 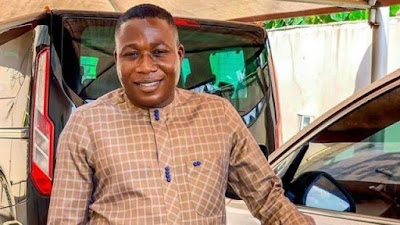 The All Progressives Congress (APC) in the Diaspora has urged the Federal Government to arrest the likes of Sunday Igboho, who are against the unity of Nigeria.

The group, comprising the Diaspora chairmen in no fewer than 13 countries, made this know in a statement jointly signed by its Chairman, Dr. Phillip Ideawor, and Secretary, Mr. Lawal Ayoola, on Thursday.

The forum said that the agitators and their sponsors must be arrested without delay as it would send a note of warning to others.

“Some youths nationwide are brazenly taking to crimes because of wrong signals from these agitators.

“Their belief is that if nothing has happened to those men nothing can happen to them, which should not be so.

“Nigeria is not a Banana Republic and examples must be made of those whose treasonable actions have greatly affected lives and property of Nigerians.

“From politicians to the pulpit and traditional rulers and leaders, any instigating utterance by any leader should have consequences as a deterrent,” the group said.

The group also urged the Federal Government to fast track naming and the arrest of sponsors of terrorism in Nigeria.

The group said this would hasten efforts to curb growing insecurity challenges nationwide.

The APC chairmen opined that making the sponsors known would drastically reduce activities of terrorists who thrived on funds provided by such individuals to operate.

“Insecurity challenge in Nigeria has become so overwhelming that only drastic action can curb it.

“No one involved should be spared considering the many lives that have been lost including that of security operatives who are fighting to protect the citizenry.

“We believe that as soon as funding for terrorism activities is stopped, it will naturally fizzle out.

“While we commend the Federal Government and its security apparatus for the job they are doing, we also wish to state that these efforts are being undermined by those who deliberately want to subvert the system to the detriment of the people of Nigeria,” the group said.

The APC chairmen, therefore urged every well-meaning Nigerian to rise above religion, tribe and political sentiments to join governments in the fight against crimes, including terrorism, banditry, kidnapping, robbery and ritual killings among others.