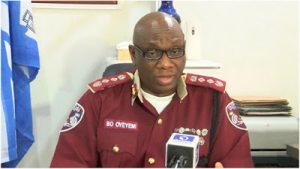 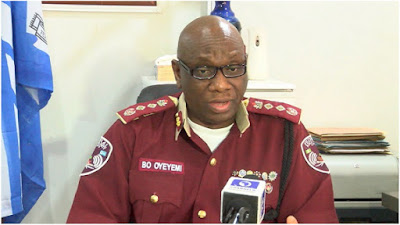 The Adamawa Command, Federal Road Safety Corps (FRSC), has pleaded with parents not to allow their under-aged children drive.

The sector commander, Adeoye Irelewuyi, who made the call on Wednesday in Yola said driving by under-aged persons was very dangerous not only for themselves but for other road users.

According to him, any person caught will face the law.

He noted that the command had deployed no fewer than 300 both regular and special marshals for special patrol to ensure free movement.

Mr Irelewuyi also called on motorists to be careful while using the road and to ensure that their vehicles were in good condition.

“You should ensure that your vehicle is in good condition and avoid speeding as children may be busy celebrating Sallah,” he said.

Residents of Bende road in Umuahia, capital of Abia State, woke up on Tuesday morning to a sight of a fetish...

Kendall Jenner rejected the idea of a ‘Kardashian Curse’ during Sunday’s second part of the Keeping Up with the Kardashians: The...

North Korea has publicly executed at least 10 people caught using Chinese mobile phone networks to communicate with the outside world,...