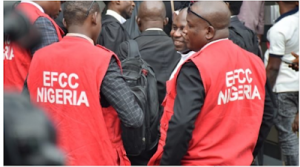 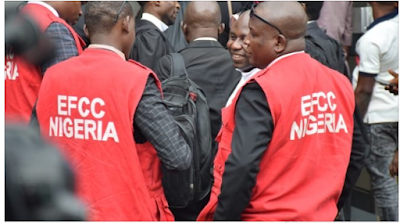 The Economic Financial Crimes Commission has embraced entertainment in its bid to create awareness on the fight against corruption.

The crimes unit rolled out the #TogetherAgainstCorruption challenge on social media, calling on all talented youths to create catchy contents that promote the fight against corruption.

The EFCC uploaded a musical beat on its Twitter page and asked creatives to join in the #TogetherAgainstCorruption challenge.

Participants are to download the beat, then employ it in creating dance, drama, rap, songs and poems.

After the creation of any of the performing arts, participants are to upload their videos on all social media platforms, tagging the EFCC official handles.

The EFCC has been employing different methods to fight against corruption in the country, ranging from partnerships to the newly-announced challenge.

The EFCC and the Brazilian Embassy made a pledge to strengthen their partnership to tackle cybercrime, fraud, and other crimes affecting the economies of Nigeria and Brazil.

The Brazilian Ambassador, Ricardo Araujo, while receiving the EFCC boss last week, expressed regret about the activities of fraudsters targeted at foreigners and foreign businesses.

Consequently, both parties agreed to strengthen law enforcement interactions by designating desk officers to enhance the exchange of information between both parties.