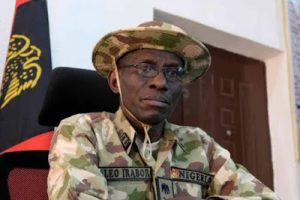 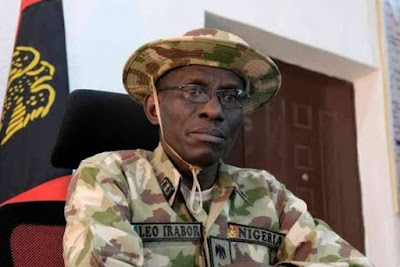 Lucky Irabor, chief of defence staff, says the military will remain steadfast in the fight against insecurity.

He stated this on Monday at a three-day prayer held in honour of Ibrahim Attahiru, chief of army staff, who died alongside 10 other officers in an air crash on Friday.

While addressing soldiers at the event, Irabor said the armed forces of Nigeria remains strong in spite of the loss, and urged all to remain steadfast in the discharge of their constitutional mandate.

He said the spirits of the troops were not dampened in any way.

“I’ll like every officer of the armed forces to remain steadfast because that which we desire to achieve, by way of protecting lives and properties of Nigerians in line with our constitutional mandate, would be achieved.”

Shehu Mustapha, army’s director of Islamic affairs, prayed for the souls of the departed to find eternal rest.

Mustapha also prayed that God will console the families of the deceased officers and grant the country the desired peace and security.

“We use this opportunity to pray for our leaders, for Allah to continue to protect them and give them divine guidance to move the country forward,” he added.

Mohammed Yerima, army’s spokesperson, also prayed for the repose of Attahiru and other departed officers.

Yerima prayed thay God will restore everlasting peace to the country and also help leaders to be humane and upright.

The federal government had, on Sunday, declared Monday work-free for members of the armed forces in honour of the victims of the air crash.

The president had also directed that the national flag be flown at half-mast from Monday to Wednesday.