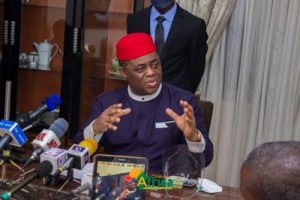 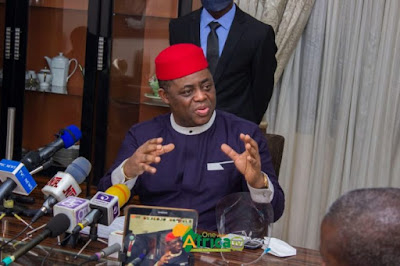 Fani-Kayode made the remark while insisting that the Presidency was wrong on the issue of grazing.

He pointed out that herders had no right to intrude into people’s farms with their cattle.

Recall that the Presidency had thrown its weight behind grazing reserves for herders.

In a statement, the Presidency had described the resolutions of Southern governors on open grazing as “acts of politicking intended by its signatories to demonstrate power.”

In a statement by Garba Shehu, the Senior Special Assistant to the President on Media and Publicity, the Presidency had tackled the governors, insisting that it was an attempt to violate the rights of some Nigerians.

Reacting, Fani-Kayode, in a series of tweets wrote: “The Presidency is wrong. No-one has the right to bring his cows into my land to eat my crops and destroy my harvest in the name of freedom of movement.

“Your freedom of movement, inclination to bestiality and unnatural love and affection for cows and donkeys does not give you the right to enter my land, come into my home, rape my wife, kill my children, steal my substance and treasure, take over my space, occupy my land and take from me all that is dear to me including my loved ones, family, ancestral lands and life.

“The Constitution does not give anyone that right and neither should our Government be supporting or encouraging the activities of murderous and barbaric terrorists who do nothing but steal, kill and destroy.”