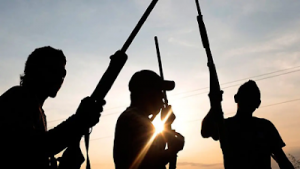 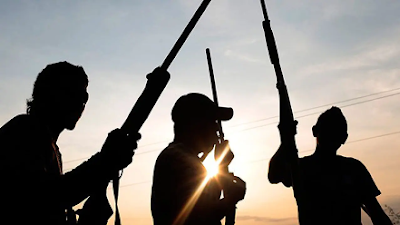 At least five soldiers are said to have been shot dead along Wetheral Road Owerri in Imo State as unknown gunmen attacked the area.

The incident happened in the late hours of Friday.

This is coming few days before the May 30th seat-at-home order given by the leader of Indigenous Peoples of Biafra (IPOB), Mazi Nnamdi Kanu, in commemoration of the Biafra Day.

According to an eyewitness, the bandits took the soldiers unaware and opened fire on them, killing five at a spot.

“Right now, five soldiers have been shot dead. Everyone is on the run. Wetheral Road, Nazi/Aba road, Government House Roundabout and all the link roads have been shut down.

“I personally saw the soldiers evacuating the corpses in a Hilux vehicle, there were five.

“The bandits have already taken off and shot sporadically in the air to scare people away.”

The Imo State Police Public Relations Officer, Bala Elkana’s number was not reachable as at the time of filing this report.