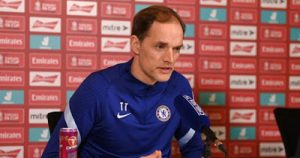 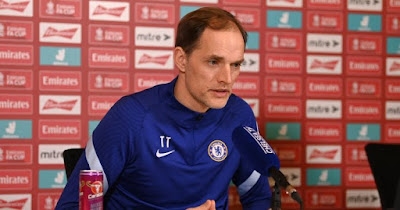 Chelsea manager Thomas Tuchel has said that his squad is ready to give their all in their Champions League final against Manchester City on Saturday.

“I have full trust that everybody wants it,” he said.

“It’s about hunger, and always at the highest level in sport, in comes down to the question of how badly you want it. I felt we were very concentrated, very focused and very disciplined in the build-up this week.

“I feel we have a genuine confidence, which is very nice to have and which is a very nice feeling to bring to a final.”

The German coach also confirmed that goalkeeper Edouard Mendy and midfielder N’Golo Kante are both in contention to start the match after recovering from injuries.

Kante picked up a hamstring injury in the 2-1 win over Leicester and missed the final day defeat to Aston Villa, in which Mendy was forced off at half-time following a collision with the post which left him with a rib injury.

It left Chelsea fans sweating over whether they would be ready in time for Saturday’s enormous game, but Tuchel confirmed in his pre-match press conference that he’s heading into the final with no injury concerns.

“Best news ever, there are no injuries,” Tuchel said.

Both English clubs are set to battle for who will become the eventual winner of the Champions League in Porto.