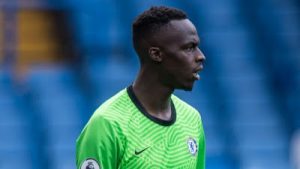 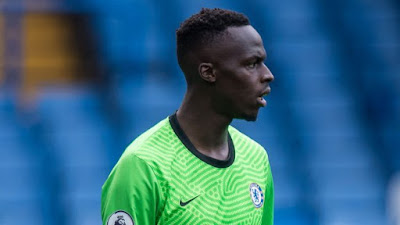 According to records, Zimbabwe’s Bruce Grobbelaar won the titles during the European Cup era in 1984 with Liverpool.

As far back as 37 years ago, Zimbabwe goalkeeper Grobbelaar became the first African player to feature in a European Cup final, with the Liverpool stopper influential as the Reds defeated AS Roma on penalties in 1984.

He was almost a two-time winner, only for Liverpool to fall short against Juventus in the 1985 final.

Mendy’s Senegal countryman Tony Sylva, understudy to Flavio Roma in the AS Monaco team that were defeated by Jose Mourinho’s FC Porto in the 2005 final, was the next African keeper who came closest to the title.

For Sylva, the presence of role models — pioneering Cameroon goalkeepers Joseph-Antoine Bell and Thomas N’Kono — was a key reason why he believed that a career in Europe as a goalkeeper was possible as a youngster.

Earlier, Chelsea coach Thomas Tuchel said the club are set to be at full strength for Saturday’s Champions League final against Manchester City with N’Golo Kante and goalkeeper Mendy having now fully shaken off injury problems in the run-up to the game.

“Best news ever: no injuries and let’s hope it stays like this until after training today,” coach Thomas Tuchel told reporters at a press conference on Friday just before his squad’s final work-out ahead of the match at the Estadio do Dragao.

Mendy, who has been outstanding since signing from Rennes at the beginning of the season, was replaced by Kepa Arrizabalaga at half-time against Villa after suffering a rib injury when he collided with a post.