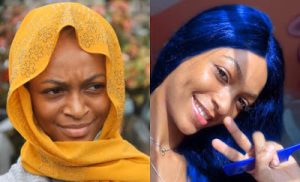 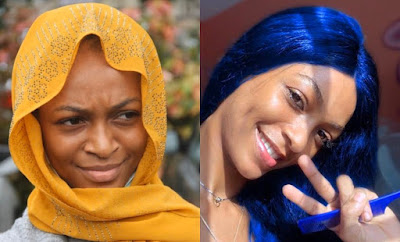 Comedienne and brand influencer Adedamola Adewale, popularly known as Adeherself, has denied ever being in a relationship with her colleague, Cute Abiola.

Adeherself had in the past announced that she and Abiola were friends.

She also took to her Instagram account in December 2020, to reveal that she was engaged to him which attracted a lot of congratulatory messages from her fans on social media.

However, on Friday, a video of Cute Abiola tying the knot with another lady in Ogbomosho, Oyo state surfaced online.

The wedding which was a private ceremony was attended by close friends and family members.

As soon as the news filtered online, many were left in shock as they thought Adeherself and Cute Abiola were in a relationship that was already leading to marriage.

Their fans were left in shock that Adeherself wasn’t the lady Abiola tied the knot with on Friday.

Reacting, Adeherself in a post via her Instagram account on Saturday said she decided to set the record straight because she was beginning to get a lot of messages about the issue.

She stated that she and Cute Abiola never dated and that they were never engaged.

The comedian also went on to congratulate him on his wedding.

“You guys should calm down. I already said that I and Abiola never dated and we weren’t in a relationship neither am I engaged.

“He kept mute on the issue so people felt there was a relationship.

“We are good friends and will still be friends. Congratulations to the new couple,” she wrote.