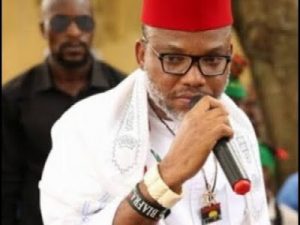 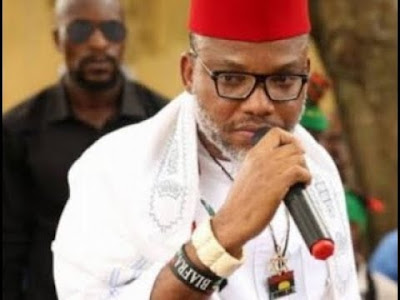 Mazi Nnamdi Kanu has lauded the Oduduwa Republic agitators who invaded the Idi-Iroko border in Ogun State on Saturday and reopened all the gates.

Recall that the secessionists stormed the border community on Saturday and forced open all the gates at the international frontier.

Recall that Idiroko, a border town between Nigeria and the Republic of Benin was closed in 2019 when the Federal Government directed that all importations be done through the seaports.

In a viral video, the agitators led by the Yoruba activist, Sunday Igboho were seen destroying the gates at the border, screaming, “We have opened the border at Idi-Iroko!”

Reacting, the Biafra Freedom fighter lauded the secessionists stating that they are the owners of the land.

According to a tweet on his official Twitter handle on Sunday Kanu said the yoruba nationYorubators have forcefully taken what belongs to them.

The tweet reads: “The real owners of the land; the indigenous owners of ‘Nigeria’ are beginning to repossess their land from Fulani Caliphate, their stooges, vassals & hangers-on.

“Congratulations to my #Oduduwa brethren for the successful retake of the Idi-Iroko border from #Fulani terrorists”.